Revival is Not a Pipe Dream 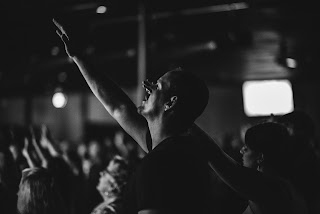 It’s been said that the last words of a dying church is “We’ve always done it this way.” While this striking statement fuels the need to be creative within the church, there’s a danger to being creative just for the sake of creativity. When the church comes to a belief that a jamming music set or a flag football night is what’s going to keep the guys coming, then there may be something missing. Sure, these things may attract a handful of guys for a few nights, but revival doesn’t last for one night. Indeed, revival is a sustained presence of the Spirit throughout a community or a nation that impacts the everyday lives of those within the community; revival creates groundbreaking change in the lifestyle of the individuals that come in contact with the movement; revival is undeniable and unshakable once it gains traction.

The shift that occurs is so significant that it can only be from the Lord. Revival historian J. Edwin Orr explains on the Revival of Wales in 1904-1905: “Drunkenness was immediately cut in half, and many taverns went bankrupt. Crime was so diminished that judges were presented with white gloves signifying that there were no cases of murder, assault, rape or robbery or the like to consider. The police became unemployed in many districts. Stoppages occurred in coal mines, not due to unpleasantness between management and workers, but because so many foul-mouthed miners became converted and stopped using foul language that the horses which hauled the coal trucks in the mines could no longer understand what was being said to them.” The Korean Pyongyang Revival of 1907 began with 600 men that had initially gathered for a class, with well over a thousand assembling for public meetings in the evenings. Authors Mark Noll and Carolyn Nystrom share more: “After the initial night of confession and prayer, several succeeding nights followed in a similar pattern. It is reported that the local police heard about individuals confessing their crimes and so dispatched a member of the force to come and take notes for possible prosecution; in carrying out this assignment, the policeman was himself converted. Other conversions took place. But the main impact was to deepen the faith of those who were already in the churches and who were inspired afresh for dedicated lives of consecrated service.”

Revival is not some pipe dream that happens only on the other side of the world. While the Jesus Movement here in the States during the 60’s and 70’s may have been a more recent revival-like era of Christianity, the most powerful example of modern Western revival came from the emergence of Pentecostalism, which is arguably the fastest growing denomination of Christianity in the world today. According to Noll and Nystrom, a common theme of revival is that it is “necessary to have a substantial body of believers already in place who are longing for revival.” In other words, in order for revival to occur, there must be a desire for revival; but in order for revival to be desired, the community needs to be engaged with the church; and in order for the community to be engaged with the church, then the church must build relationships with those outside of the church.

So why does revival require men? Because frankly, women have already got it together when it comes to building relationships. How often have you heard of a case where the wife doesn’t want to pursue the Lord when the husband is on fire and genuinely engaging the Kingdom of God in a heartfelt way? Perhaps there are a few examples, however any pastor can attest that there are woefully many more scenarios of the husband hanging behind at the house and sleeping through Sunday services. While the last seven posts in this blog covered a variety of topics, the very best way to start the process of getting men involved is to befriend a guy, get to know him, and invite him to join a small group to get connected with other men. Apart from the supernatural intervention of the Holy Spirit, there is nothing quicker that can transform the heart of a man outside of him building relationships with other godly men.

Thank you all for journeying with us on the topic of revival. I pray that the last two months of our journey through this topic will inspire your church to develop methods that allow men to build relationships with one another. I pray that the Lord blesses your household, your church, and your community so that all aspects of your life experience a supernatural revival and awakening that is powered by the Spirit of God.

This blog has a focus on small groups, men's ministry, and youth ministry. Join us for the journey by subscribing! Please share this post if you felt this was a blessing to your ministry.
Follow on Twitter @SeanBuono
Posted by Sean Buono at 9:24 AM