The Stages of Group Formation 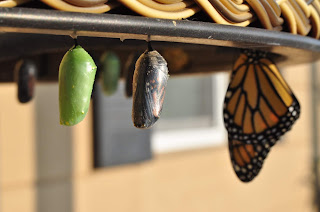 Every group goes through certain stages of life. A common model of group formation is known as Tuckman's stages of group development, and small groups are great examples of this. As each new group comes together to meet and build relationships with one another, the small group will typically navigate through all (or at least most) of these stages:

Forming
During the first few meetings, everyone is excited to begin the new group, meet new friends, and dive into learning new ideas. These first few groups meetings are key to allow the group to explore its purpose, its covenant, and its goals. As everyone is just getting to know one another, group members may not speak up as much as they may be getting a feel for the group environment and its structure.

Storming
As group members get to know each other and speak up more within the group, conflict will naturally arise. Some group members may tend to dominate a bit more of the conversation, while others hold back. Personality quirks and political viewpoints enter into the mix and worldviews collide, regardless of the Christian backdrop of the group’s purpose.

Transforming
Members within the group become more of who God has called them to be, and deeper relationships with each other are achieved. This stage is the sweet spot where group goals are accomplished and deep bonds are established between group members as they share the mutual experience of walking through the group together.

(Ending)
Although the Ending stage is not always listed among the traditional stages of group formation, it is nonetheless proper to include it within the context of a small group ministry. While some groups have the extraordinary ability to continue growing for years, there are others that should have ended years ago. While there’s no special formula to determine if indeed the group should end, there may be some indicators to help, such as: Group goals are either not established or not met on a continuous basis; the purpose of the group is no longer known nor communicated; the organizer of the group is leading out of habit rather than out of passion; the group members are no longer growing in Christ. Ending a group isn’t a bad thing. As a matter of fact, this is one of the strengths of a thriving small group ministry! By allowing the group to end with a celebration and a meal together, it provides an opportunity for the group members to take a break, reflect on where the Lord is calling them, and then it grants them the ability to join another group if the Spirit is leading them in another direction.


This blog has a focus on small groups and youth ministry. Join us for the journey by subscribing! Please share this post if you felt this was a blessing to your ministry.

Posted by Sean Buono at 8:26 PM No comments:

The Power of Vulnerability 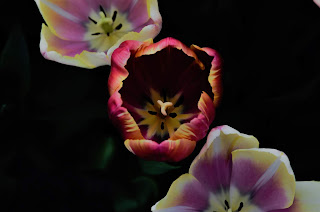 It’s important for us to communicate the fact that storms in our lives is a reality of a fallen world and that they don’t always mean that we are being pruned or disciplined by God. With that said, we as leaders have a perfect opportunity to be vulnerable and share some of our own storms with our group members (Whether self-inflicted or outside-inflicted). Here are a few reasons why vulnerability can be a great tool to use in leading a small group:

Vulnerability makes you a real person.
Although we as group leaders do our best to welcome others and make them feel at ease, it’s still possible that some small group members can feel intimidated by the group leader’s position and/or spiritual knowledge. Being vulnerable and sharing a story from your personal spiritual journey can help your group members relate to you and realize that you had once struggled with the same stumbling blocks that they may be wrestling with today. However, be sure to use spiritual discernment in knowing which story (or stories) to share. Depending on the spiritual maturity of the group members, some stories may not be proper to share at this time. For example, a story of sin and repentance that happened too recently (or is currently going on now) may subconsciously impact a group member’s ability to see you as an individual they can confide in. It may be unfortunate to admit it, but individuals even inside of the church may still be struggling with judging others or making improper presumptions that assume too much. As a general rule, it might be a safe practice to save ongoing sin/repentance stories that you are going through today for your discussions with your spiritual mentor, and to instead share only past stories of sin/repentance with the group (Naturally, this would not apply to storms that are not related to sin/repentance such as a family medical situation, job interviews, etc.).

Vulnerability encourages others to speak up.
Perhaps it’s more with guys, but men seem to have a bit harder of a time speaking up about challenges that they may be having in their lives. With my small group, if someone isn’t immediately eager to speak up after I’ve asked a question, sometimes I lead with a personal example from my life that pertains to the issue at hand. By sharing what I’ve gone through in the past, it seems to accomplish a few things: 1) it sparks a thought that a group member may suddenly remember after you shared your story, and 2) it helps the group not worry about being the awkward one that answers first. By being vulnerable first, it gives an example and sets the tone for the conversation ahead, encouraging others to chime in and add comments.

Vulnerability builds bridges.
I recently had a breakthrough moment with my small group on a retreat. I noticed that a few different group members shared a very intimate and deep struggle that they had gone through (or are going through), and it was a struggle that I too had experienced in the past. I took a moment to pause the group conversation and asked a question if anyone else had experienced (or are experiencing) the same struggle. Everyone at the table raised their hand. Everyone was silent. I took a moment to let the moment sink in before saying “I believe we all have a lot more in common with one another than we may have previously thought.” The devil’s goal is to get us to think that we are alone in our sin or that we are the only one struggling with the shame and guilt of what we have done in our lives. The truth is that we are all broken individuals, and that it’s more common than not that we share some sinful habits. By being vulnerable with one another, the group members can realize that they too are not alone in their spiritual journey. Whether or not they follow up directly with you, vulnerability within the group helps them identify with other individuals that they can confide in and be accountable to.

Posted by Sean Buono at 9:22 PM No comments:

The Ripple Effect of Small Groups 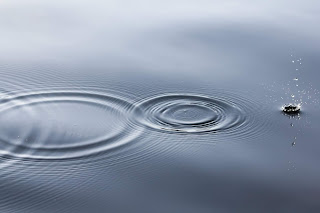 Christianity began with one man who developed close relationships with 12, who then proceeded to build a church through reaching others and so forth, and so forth (as an aside, we see in Acts 2:46 that small groups were there since the beginning!!). The ripple effect is real, and if it wasn’t for the ministries and sacrifice of those in the past who have gone before us, it is quite possible that you or I may not have come to know the love of Jesus Christ. Here are just a few areas where a small group ministry at your church can make a difference:

Members discover that they are the answer
Small groups break down the myth that more centralized pastoral leadership is the answer. Small groups help the group members come to the realization that the church’s needs are real, that those needs are tangible, and that they can be the ones to help fill such needs. As small groups become an extension of the church’s ability to provide pastoral care, adults learn how to become self-feeders and can help discover/grow their spiritual gifts.

Families are Transformed
I remember being a part of a men’s small group for a few years and I had the opportunity to see the incredible spiritual growth of one man in particular. When the group began to meet, he would express his viewpoint that pornography was acceptable and that high tension/conflict with his wife was a natural part of his marriage. Over the span of two years, I was able to witness a marvelous transition in his speech, how he spoke about his wife, how he repented from pornography, and how he would make efforts to be a spiritual leader for his household and encourage the members of his family. This is just one example where one man in one group within one group of guys learned what it meant to live his life for Christ. If your church has many small groups, imagine how many lives and families are being impacted!

Tomorrow’s small groups come to fruition
For a small group ministry to grow over time, identifying future upcoming leaders is key. Small groups allow for a small group leader to develop relationships with those in their group. Through the span of the group, it may seem apparent that one or more of your members may exhibit signs of leadership within elements of their communication, hospitality, facilitating, or other areas. It is possible you may have a future small group leader in your group today!

Posted by Sean Buono at 6:45 PM No comments: