The Men's Ministry Challenge: Immerse Yourself Into a Small Group 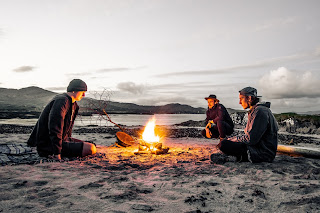 Over the years, I’ve been a part of small groups in different capacities (I’ve been a member, co-leader, host, spiritual anchor, leader, coach, etc.). Shortly after I became a Christian, I joined my first men’s group and I didn’t know what to expect. Shortly after our first few meetings, I quickly found out that it was actually cool to be open and honest with other men (and looking back, I don’t know if ever I had an opportunity in my life to be vulnerable and truthful with any other man up until that point). Because of not being able to talk with a male role model through some of the most formative years of my life, I was still trying to figure out who I was into my twenties.

Yet being a part of this small group made things different. Meeting at one of the group members’ home, our group talked about fatherhood, family concerns, health concerns, temptations, spiritual victories, and other kinds of topics that men would typically refrain from uttering in the church lobby after Sunday service. We shared incredible meals together and we served the community together. We even decided to try fasting for the first time together, and the memory of our over-the-top excessively abundant victory feast that took place after a mere 24 hour fast still brings a smile to my face this day. Among other men of God, I discovered who the Lord was, how I could learn to listen to the Holy Spirit, and how to serve Jesus in response.

Learning how to be a Christian man has a few similarities to learning a foreign language. You might retain a portion of a lesson’s content if you only hear a lesson from a teacher on how to speak the language. But moving to the foreign country, immersing yourself in the environment, and wrestling with the language and culture is a completely different story. The rate at which you learn the language is increased exponentially. In a similar fashion, principles of what it means to be a Christian man could be communicated from the pulpit, however learning to live out life as a man of God is astronomically benefited when a man is immersed into a culture of living life among other Christian men.

Without knowing what it means to be a Christian man, we might liken ourselves to a person in a foreign country without knowing the local language: one who tries to communicate to others by miming or using broken words to communicate. But until we truly immerse ourselves in the culture of Christianity and forge an understanding of the spiritual talents that we can gain under Christ, then we’re missing out on the opportunity to achieve spiritual greatness for the glory of God among our brethren.


This blog has a focus on small groups, men's ministry, and youth ministry. Join us for the journey by subscribing! Please share this post if you felt this was a blessing to your ministry.