Adam, Where Are You? 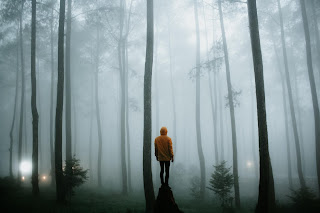 When speaking with other men, have you ever asked them what their fears or what they might think are the fears of other men? If they give you an honest answer, almost every man would say something along the lines of having the fear of inadequacy. It’s a true fear that cuts to the bone of every man. A fear that they might not be enough or not be able to do enough for those in his care. If its grip becomes too tight, there may be a risk of being substantially hindered by it. Nevertheless, there is possibly a good thing about it: the fact that it helps reveal to us our spiritual DNA and who we are.

The first man, Adam, was given an assignment from the Lord to till the Garden of Eden and to protect what was placed in his care. He was given a job and gifts to be able to see his task through. Shortly after, Eve was brought to him and introduced to him by the Father to be his wife. Yet something happened in the Garden: Satan crept in. Not only did the evil one creep in to the Garden, but he successfully got Adam to sin. Maybe there’s a reason why Satan went to Eve first and not Adam, but that is not the point here. What is important is the fact that both Adam and Eve fell, and God asked “Adam, where are you?” He didn’t ask Eve where she was, because she was not the one that was tasked with keeping responsibility over the two. Adam was.

We men are tasked to be responsible over our households. Just as a CEO answers to their stakeholders when something good or bad happens in their organization, men answer to God on behalf of their family. It doesn't matter if it was an entry level worker who made a mistake that cost the company large sums of money, the CEO answers for it because it happened under their leadership. Similarly, it doesn't matter if a member of the family sinned who was not Adam; Adam was to answer for it, regardless. Perhaps Adam knew that he had not followed the task that was outlined for him. Perhaps he may have had a moment of realization that he was not adequately protecting who was placed in his care. Perhaps it is because of this very string of events that we men keep with us this stubborn fear of inadequacy to this day. For all of men to have this fear is more than coincidental; it’s unmistakably tied to our spiritual roots.

The good news is that we don’t have to be crippled by this fear. Even though we may have in us the fear of repeating Adam’s lapse, and even though we were born into the family bloodline that has such a fear grafted into our spiritual DNA, we have actually been adopted into a different family: the family of Christ. Just as an adopted child is to adopt the directives of the new house they move into, we too are behooved to follow suit in our new household. Certainly, our old lives may influence how we adhere to the new household’s rules. Perhaps our previous environment’s experiences may even tempt us to disregard our new household’s directive, but that doesn’t mean that the adoptive Father must change His household rules. We’ll unpack this more as we continue the conversation next week.

This blog has a focus on small groups, men's ministry, and youth ministry. Join us for the journey by subscribing! Please share this post if you felt this was a blessing to your ministry.
Follow on Twitter @SeanBuono