You Must Change Everything You Know About Youth Ministry 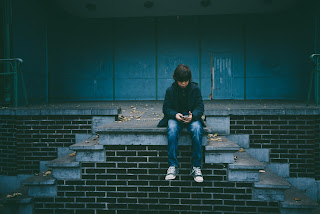 Everyone in the church will undoubtedly agree that youth ministry is not what it was 20 years ago. Most individuals will agree that the world of youth ministry is completely different from what it was 10 years ago. But how many today would say that youth ministry from only 5 years ago is nothing like today's youth ministry? To say this would be quite bold, because it would mean that anyone who did youth ministry only a handful of years ago would have very little understanding of today's youth. Perhaps another way to ask this would be, "How many teenagers have recently sat across the table from you and truly opened up about the struggles and challenges they are facing as a teen today?" If the answer is none, then you're not alone. While teens through history have always been at cultural odds with their elders, this generation has brought with it an ever-changing set of challenges that youth ministers must adapt to at lightning speed.

Through technology, the world is unarguably transforming the landscape of communication, and the youth are at the forefront of it all. Published books on student ministry how-to’s used to have some sticking power for a few years. But now? I most likely won’t even read past the cover of a youth ministry book if it was printed before 2012. Social media began to take shape with mediums such as AOL Instant Messenger, Myspace and Facebook in the years of 2000-2004. However, the combination of Instagram’s release in 2010 and the United States crossing the 50% saturation level of smart phones in 2012 is when the youth truly began to incorporate social media into their daily communication and their identity. With that said, books on youth ministry before the year 2012 are in danger of being considered obsolete and unable to address the current experience of the modern-day youth.

Perhaps one of the biggest impacts of what social media has done for our youth is that it has given them a voice. Previously, one’s reach of influence was limited to the social structures that were within the student’s immediate environment (i.e. with their sports teams, their school friends, their family, etc.). Students would go to school and be told what to do and think; they would come home and be told what to do and think; and finally at the end of the week, they would go to church to be told what to do and to think. Perhaps this used to be effective when the world’s experts were highly vetted and fewer in numbers, but the influence that our church leaders used to have has suddenly become diluted in an information age where anyone can publish their opinion. With social media, the entire world is now a potential audience and anyone can now be a valued content creator (literally anyone! Did you know that the highest paid Youtube streamer in 2018 was an 8 year old child that reviewed toys?!). With such an even level playing field, the youth have come to the realization that they are no longer just consumers of the world’s information but also contributors. As a result, they increasingly view their world through the shared experiences of those around them and also have the confidence and knowledge on how they can impact those around them.

But what do you think? Join the conversation by commenting below and keep in touch as we unpack more in next week's post. Be sure to subscribe and be on the email distribution list to receive updates!