The Intentional Discipleship of Men 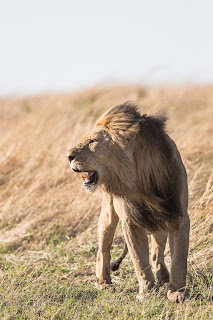 For just Monday and Tuesday of this week, Dr. Tony Evans and his ministry aired a documentary in theaters called “Kingdom Men Rising” which focused on what it means to be a Christian man in today’s culture and society. Featuring NFL legends, musicians, and other prominent leaders in the faith, the film didn’t hold back in challenging men to pursue a higher calling, one in which they are actively fulfilling the role that God is calling them to fill. This is a crucial time where men are being called to step forward and be examples of proper manhood that exhibits love, responsibility, and accountability. Here are a few of the principles that were unpacked throughout the course of the film:

Vulnerability & Presence
One of the principles that the documentary unpacked was the importance of men being open and honest about sharing their life experiences that they’ve learned from. Whether it was past promiscuity, pornography, or habitual escape from fatherhood responsibilities, the men in the film were honest about how their hearts have transformed over the years to be a leader first and foremost for their families. By being open and honest about one’s past experiences, it helps other men understand that they are not alone in their struggles, which is a state of spiritual isolation that the devil tries to get each man to be in. By coming together in community and being a source of accountability and encouragement to one another, we are able to cast out fear and doubt while reinforcing an ideal representation of manhood (instead of maleness).

Discipleship
The main theme of the film was to open up men to the concept of intentional discipleship. At your church, you may find that the 20 minutes in the lobby after service is perhaps some of the most precious minutes of the week to connect with the guys that you can impact and mentor. Some folks dart out the door after they grab their coffee, and this might be the only time of the week you’ll be able to shake their hand, look them in the eye, and truly ask how they’re doing (before the busyness of the week consumes takes over once again). These vital moments are key opportunities to get to find a date on the calendar to grab a coffee or introduce the person to another individual you know who has a common interest with them. Gentlemen, don’t underestimate the 2 minutes you can spend in asking another guy a few questions on how they thought about the service; it could very well open the door in the future to a ministry opportunity of mentorship when you see them in the lobby the next week.

For more information on Kingdom Men Rising, here is the link to the website: https://kingdommenrisingmovie.com/