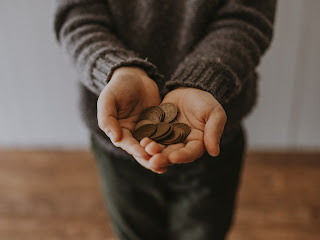 The parables that Jesus taught are relevant, poignant, and heart piercing. One of the parables that contains multiple layers of application is known as the parable of the talents, featured in Matthew 25:14-30. In it, Jesus tells the story of a man who entrusted large sums of money to his servants while he went out of town. We find out upon the man’s return that two of the three servants who received talents had ended up actually increasing their master’s wealth. While the first two proudly reported on their successful productivity, the third man fearfully admitted that he did nothing with the funds. Instead, he buried the money and protected it for the time that his master was away. Surprisingly, we read here that the master ends up scolding the third servant and then proceeds to cast him out. Even though this parable discusses money and investing, it does not have to be interpreted this literally. Let us dive deeper through the lens of youth ministry.

According to their ability
Perhaps one of the more passed-over elements of this parable can be found in verse 15 where the master gives varying amounts of money to his servants, to “each according to his ability” (emphasis mine). In other words, the master provided differing amounts of talents because he was familiar with the abilities of each individual person. Once we acknowledge this, it’s no surprise that he gave only 1 talent to the third servant; perhaps the master sensed the third servant’s hesitation. Maybe because of this, he proceeded to give a smaller amount so that the servant could start small and build his confidence.

Isn’t this what God does for us? For those who are more-seasoned in their faith, would you have run away if God told you what you were going to be doing for Him in ten years? God knows our spiritual gifts and what He calls us to fulfill is perfectly suited to our capabilities. Yet if God does this for us, then do we extend the same prayerful consideration for our own students? Before challenging a student to evangelize in the streets, have we first made sure that they understand the basics of the Gospel? Before asking them to invite their friends to youth service, have we taught them to serve the visitor so that newcomers are lovingly welcomed and cared for? In the parable, the master knows what each of his servants are ready for. Similarly, we too are called to keep a pulse on our students and to extend responsibilities that patiently meet them in the season of their current spiritual readiness.

Different Harvests are Okay
In the parable we see that the first two servants reported different returns on their investments and we also see that the master was pleased with their efforts. From this we can understand two key points. First, we see that serving the kingdom of God is not a competition and that it is okay to bear fruit that correlates with our current abilities and current resources. Second, the master chooses to bless the both of them abundantly, regardless of the fact that the gains between the two servants reflected different amounts. While we may not explicitly know what the servants eventually received, the master’s commendation is the same for the both of them. Instead of giving favor to our top two students who appear to be on the path of pursuing full-time ministry, are we as youth pastors and youth leaders praising all students who are making efforts to serve in the church (even if their efforts impact just one small aspect of the evening’s youth service)? Instead of offering only a few opportunities in the service for students to get involved, have we opened up the youth ministry so that any student can begin to utilize their spiritual gift(s)?

Don’t Bury Those Talents!
If we believe that God is a stern disciplinarian, then we may end up looking at God like how the third servant views his master. We become so unsure and/or afraid of what is given to us that we anxiously dodge the responsibility by burying it or giving it back to God (25:25). Yet what if we understand that what the master initially gives to us is actually a door through which additional blessings may be able to flow? Perhaps the Lord is giving us responsibility for the small things in life so that He knows when we will be prepared for the larger things. Just as how God does this for us, what are the small things we are giving to our students now so that they can increase their faith and preparedness? Empowering our students now and allowing them to utilize their spiritual gifts within the church can help our students become more like the first two servants by the time that they graduate and leave for college.