A Student’s Need for an Authentic Youth Minister 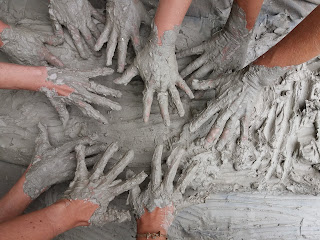 Last week, we kicked off a new Focusing on Jesus series that will be discussing youth ministry through the lens of a recent study on youth and young adults called “The Influencer Report: Engaging Gen Z and Millennials.” Published by Morning Consult, the market research and data intelligence company surveyed over 2,000 13-38 year-olds and reported some fascinating observations from their findings. Be sure to bring along a friend or two by forwarding this to your youth ministers and/or youth pastor, as this will be a series of articles they won’t want to miss.

Last week we discussed “Influencers are More Trusted as Spokespeople than Celebrities,” which was one of the five key takeaways that the Influencer Report begins with. This week, we will explore another one of the five takeaways, namely “Authenticity is the Key Trait People Want.”

Influencers are Authentic
In last week’s article, we discussed the difference between influencers and celebrities, and how your church can benefit when the youth ministry adopts social media strategies that are similar to what influencers also use. But what makes influencers so special and why do our students follow them? The Influencer Report states that “88% say it’s important for influencers to be authentic and genuinely care about their interests.” In other words, it is more than simply agreeing upon a shared interest. Indeed, the influencer engages with their viewers and builds a genuine relationship with them. When fashion vlogger Zoella asks her viewers to be her “second opinion” for trying on outfits during her latest “haul” video, or when popular gamer Ninja interacts with his “stream chat” in real-time, the viewers find themselves genuinely immersed in the experience as they become a contributor to the conversation between influencer and audience.

Relational Truth
Just as how we see influencers interacting with their audience in the secular realm, there can be similarities in how youth ministers can interact with their students. Students today are hungry for truth. But it is not simply truth from a factual standpoint that they are seeking; it is a truth that must be conveyed through relational means. This can be referred to as “relational truth” (not to be confused with “relative truth”). In a world with an abundance of experts and technology, youth are not lacking access to information. Instead, they lack the level of relational connectivity from which the truthful information is derived. Ministering to students today is more than simply conveying Christian information. Indeed, the youth pastor is called to engage with their students and build genuine relationships with them by inviting them into the experience of conducting ministry together. If there is anything the Church can learn from influencers of today’s social media, it’s that ministry is no longer operated from a one-directional approach. Immersion and involvement is the goal for our youth, and relational truth is the vehicle (More on this topic can be found in my book, Youth Empowered).

Authenticity Requires Vulnerability
Another observation taken from the Influencer Report is that an influencer’s authenticity is of more importance than their knowledge on the topic matter.  When working inside or outside of youth ministry, vulnerability is a powerful tool that can help embody authenticity and also empower others to become involved. While discernment remains key to knowing what to say and how to say it, our youth need to know that you’re on their side. They need to know that you will fight alongside them on the battlefield of spiritual warfare, rather than shout advice from the top of a hill a mile away. They need to know you’ve got their back, and that they can have your back, too, if you’re willing to let them into your heart.