Deciding When to Multiply Your Small Group 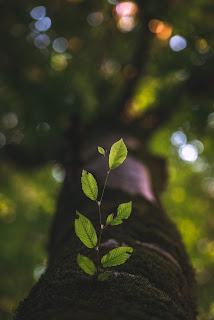 Inward Depth or Outward Growth?
When a small group cultivates relationships with the same individuals over a span of multiple years, it can become an excellent example of the close-knit community that Jesus prays for us to have in John 17:22. Such a small group can be a safe haven where great friends can come together and be themselves after a stressful week. The laughs are many and the absences are few. There’s no pressure to impress anyone and each member of the group knows what to expect. For groups that have a rich history, the suggestion of opening up the group to new members can be unnerving. Such an introduction of new individuals can risk disrupting a state of equilibrium that is highly valued among its current members.

The Great Commission AND The Great Commandment
Small group intimacy is a great indicator for positive vulnerability within a group. Individuals feel safe to be themselves and they feel comfortable to trust their fellow group members with privileged information. Should the intimacy of a small group be disrupted by the introduction of a new individual, it can create two possible concerns among its group members: that the group’s cherished atmosphere of vulnerability may become compromised, or that the new member(s) may not be able to acclimate easily into the seasoned group if everyone else is already well-acquainted. While these concerns are valid, they unfortunately aren’t biblical.

When we look to the Scriptures, we are challenged by Jesus to embody both the Great Commission and the Great Commandment, where we make disciples of all nations and love our neighbors as ourselves. Although we are tempted to consider these two as separate callings, they are not mutually exclusive. Small group intimacy is wonderful to have, but if we value it too heavily, it can cause us to shy away from anything that may jeopardize its stability. In this scenario, we reach out less often, and the small group eventually enters into a stage of evangelistic stagnation. In other words, the group is great at exhibiting the call to relationships that is seen in John 17:22, but it neglects to consider the very next verse, 17:23, where we are called to engage the world.

Why Should We Multiply?
In Acts 11, we read that persecution caused a number of the earliest believers to disperse. Of those that fled, some found themselves in Antioch and begin to share the Gospel there. When word was received that the number of believers was growing, Barnabas was sent to help give structure to the expanding church (Acts 11:22). Barnabas could have remained in Jerusalem where the early church was steadily growing at home. But he didn’t. Instead, he made himself available for the Lord to use him in an area of the church where the soil was fertile. Because of his obedience to the Lord, Antioch eventually grew to be a central point from where missionaries to the Gentiles were commonly sent.

There are areas of growth in our church that are fertile ground for a new small group to be created, and there are Barnabas’s within our established small groups. When we open ourselves up to having a balanced viewpoint of both inward depth and outward growth, then the church will grow through our small group ministry. Within your group may be a new small group leader that has the potential to reach an area of your community that your church may have previously thought to be unreachable. After identifying potential leaders in your group, raising up an apprentice and sharing the leadership of your group’s responsibilities may help prepare them for the time when the Lord calls them to begin leading a small group of their own.

This blog has a focus on small groups, men's ministry, and youth ministry. Join us for the journey by subscribing and sharing this post!